When au pair Jimena from Mexico matched with her host family, she thought the cultural differences might be a difficult adjustment. Not only was her host family American, they were also originally from India, so she wasn’t sure what to expect. Would they celebrate Christmas? Or Día de los Muertos? Would she like the food? Would it be too spicy? Jimena asked herself a question common to many new au pairs: will differences in holiday cultures and traditions with your host family be difficult? And she was pleased to learn that the answer was no!

Since her arrival ago, Jimena and her host family have both embraced each other’s cultural traditions. They have even noticed how, despite many differences, there are also important similarities. For example, both Indian and Mexican cuisine tend to be spicy by American standards. However, Jimena says, “the first time I tried Indian food, it was like an explosion of flavors in my mouth. So different, but I really liked it!”

Diwali, the festival of lights

This past Autumn, Jimena had her first chance to celebrate Diwali, the festival of lights, with her host family. She wore traditional Indian clothes and listened to Indian prayers and offerings. She also learned the stories behind the holiday and ate delicious Indian food with her extended host family. They even set off fireworks in honor of the festival of lights. Jimena was only used to doing this on Mexico’s Independence Day!

Jimena’s favorite part of this day, however, was the similarity she saw of her host family gathering together with extended family and friends celebrating the day in unison. This is similar to how she and her family celebrate Christmas each year in Mexico. There weren’t any tamales or pozole (a traditional Mexican soup eaten during the holiday season). Nevertheless, Jimena loved trying all the delicious Indian delicacies, especially dosa, which she thought was similar to a crunchy tortilla.

Jimena has grown to love the new culture and traditions she is experiencing as an au pair living in the U.S. with an American host family of Indian heritage. Even on her days off, you can find Jimena eating at Indian restaurants, introducing au pair friends to tasty Indian dishes. Her biggest lesson since the start of her cultural exchange experience has been that despite many cultural differences she and her host family have, the importance placed on family is the same.

She feels grateful to learn about Indian culture through her host family and will be forever changed as a person after her year as an au pair. And one of the most rewarding parts about being an au pair is that learning about cultures goes both ways: host families are also eager to learn about their au pairs’ cultures as well! You ca read a few more stories about au pairs and host families learning from each other’s religious and holiday traditions here. 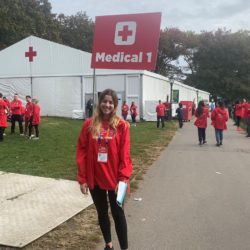 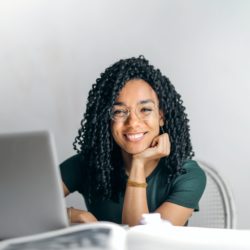 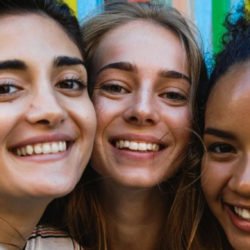